While I'm on airlines, one of my favorite family documents is a diary, written by my grandfather, of a cross country trip by airline in 1943. I started out to tell this story in one post, but between the gunsight and the trip, there is too much, so I'll post about the gunsight and, later, copy in the dairy of his trip. 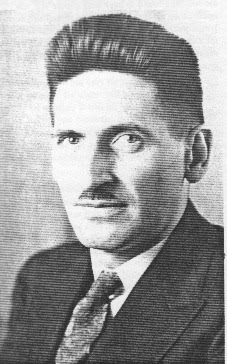 My grandfather, Ned Brown, was a self taught engineer who was an expert in designing railroad sorting yards and the control systems needed make up trains in a switching yard. These railyard controls were very sophisticated for their time. They used electromechanical systems that were controlled by an operator in a tower. Using this control system, the operator could control multiple switches and brakes so that a car that was pushed into the yard at the top of the hill would coast down through the switches onto the right track to make up a new train. Think of it as an early semi-automated computer router, making up a line of train cars instead of a series of information packets. 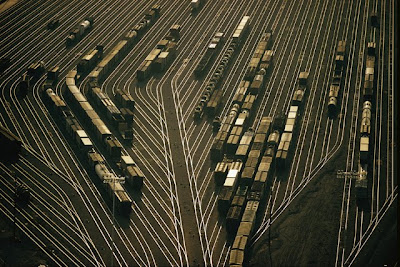 This kind of technology was useful in other areas, so during WW II, my grandfather's company, General Railway Signal Company in Rochester, NY, manufactured a turret gunsight for the B-29 bomber. This picture shows part of the gunsight upside down from the way it was mounted in the plane. 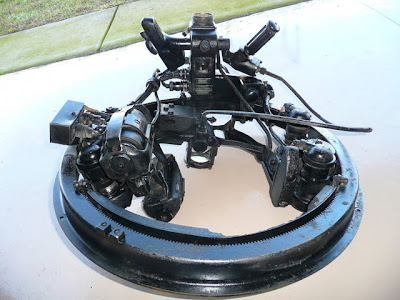 This was a very sophisticated gunsight. Note the picture with the plate showing it was manufactured by General Railway Signal and especially the switch with the label "computer". Now the term "computer" doesn't mean the same thing as it does today. The gunsight was a complicated electromechanical system but was still a combination of gears, levers, mirrors, motors, and switches. According to my father, this was the first gunsight that had would allow the gunner to fire on an enemy fighter, following fighter's path, and when the guns would be crossing his own wing, the gunsight would shut down the gun as it passed your own wing and then start firing on the opposite side of the wing. It also allowed the gunner to be inside the plane, below the guns instead of up in the turret sighting directly down the barrels. 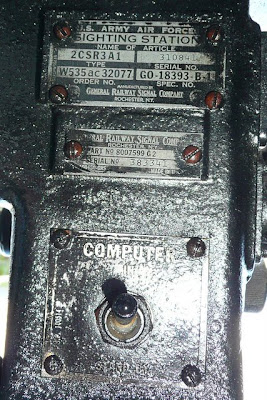 My grandfather was an inspection manager for the gunsight. They tested every gunsight, including hooking it up in the plant and bringing in an inexperienced person who would randomly play with controls and switches to see if he could make it fault. Imagine if Microsoft did that kind of testing with Windows.

In 1943, my grandfather made a trip by commercial airline from Rochester, NY to Seattle, where the B-29 was manufactured, to work with the gunsight as it was installed in the plane. At that time, airliners had unpressurized cabins, had to fly with the weather, and stop often for fuel. An upcoming post will be the diary of his trip.
Posted by Jac Brown at 9:19 AM

Jac Brown
All these pictures are thumbnails. Click to enlarge.